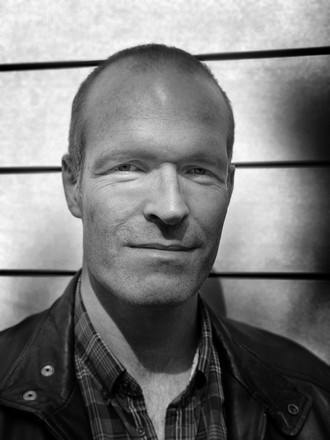 I love music, but I have never played an instrument. So the camera has become the "instrument" for my creative work: I compose images instead of songs.

I have always had a passion for observing people. Their emotions, facial expressions, interactions, activities and personal moments inspire me. To photograph people is a way of communicating with them, to participate maybe in just a fraction of their lifetime.

I prefer black and white photography because taking away the colors from how we usually see the world leads your eye to the essence of a powerful image. The mystery remains if a photo does not reveal everything, if it sticks to your memory and keeps you wondering when looking at it again.

Oliver Stegmann was born in 1970 in Switzerland. Since his late teen years, photography has become a key medium to express himself.

He has practiced the traditional wet darkroom techniques for years. He developped all films by himself and made black and white enlargements in his own darkroom. Today, the digital workflow is predominant and Oliver Stegmann produces archival digital fine art prints of his images.

He has participated in various workshops or masterclasses of well-known photographers such as Mary Ellen Mark, Anders Petersen, Klavdij Sluban or Ernesto Bazan.

By practicing street and documentary photography on all continents for many years, he developed his own visual language. His photos were presented in many magazines and shown to the public in various exhibitions. He won numerous awards and prizes in renowned photo contests such as the Black & White Spider Awards, the Black & White Portfolio Contest, Travel Photographer of the Year and the Photographer of the Year contest from National Geographic Germany or the

In 2021, his long-term project on circuses behind the scenes was published as a photo book with the title CIRCUS NOIR which won Gold in the PX3 and 1st prize in the FEP European Photo Book Award.

Attached a little extract of prizes I won in contests and other publications of my work:

The program of the "La Famiglia Dimitri" show:

Everybody can look, but they don’t necessarily see.
André Kertész